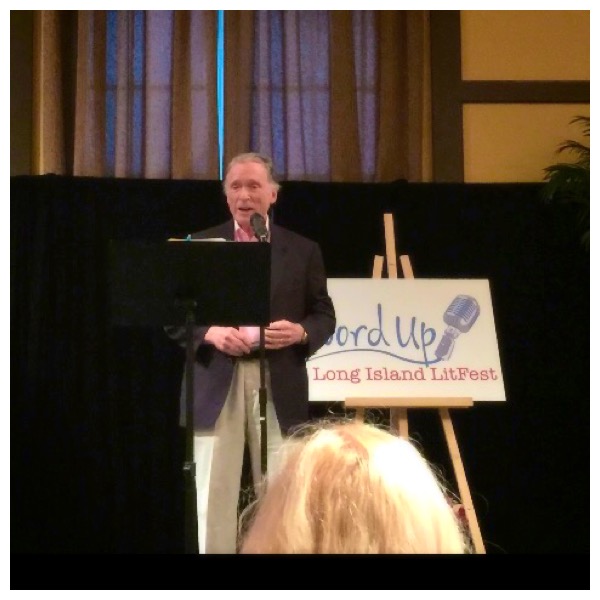 Word Up:  Long Island LitFest, a day of live, non-fiction readings. This unique celebration of words was held at Castle Gould at Sands Point Preserve on Sunday, May 31, 2015 between 1 – 5 pm.

Multiple-award winner Alan Zweibel opened with a hilarious reading from “The Other Shulman.”

Susan Konig read from “Teenagers & Toddlers Are Trying to Kill Me.”

Our great sponsor and on-site book seller was Book Revue.

About 200 audience members raptly listened to our readers.

In the LitFest Authors Lounge with Roger Rosenblatt.

Ready for the book signing break.

Robin Bernstein, on becoming a widow, while almost an ex.

Humorists Jerry Zezima and Carol Scabelli, at the book signing.

Alan Zweibel had audiences laughing from the get-go.